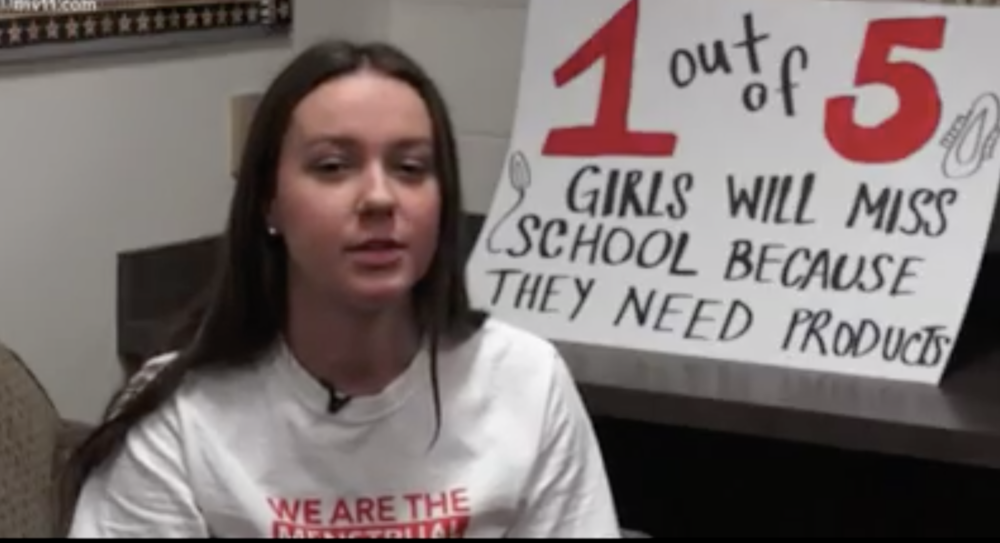 LITTLE ROCK, Ark. — It’s not something that’s often talked about, but a day before National Period Day, a 16-year-old girl is trying to start a “Menstrual Movement.”

"So 35 states still tax tampons, Arkansas being one of them," said Gates.

She founded the first PERIOD chapter in our state, which is a teen-led nationwide non-profit fighting to end period poverty.

Friday, Gates collected posters with messages demanding change that she hopes will catch the attention of lawmakers Saturday morning.

“We are rallying,” said Gates. “The point of the rally is to call legislators to action and to demand two things: freely accessible period products in schools, shelters, and bathrooms, and to end the tampon tax. "

VanGilst operates a women's shelter in Little Rock where she sees the most unsanitary signs of period poverty.

"The most common thing I’ve seen is for them to use old clothing, even old children's clothing,” said VanGilst. “It's such a breeding ground for bacteria and diseases."

Gates said she’s witnessed the struggle in the hallways of her own school.

She said her teachers have paid out of pocket to provide period products to students who don't have access to them or can't afford them.

"It's basic. Everybody needs it,” said Gates. “You can't stop bleeding because you don’t have a pad with you."

VanGilst said the teen’s fight is needed and she hopes her voice is heard.

According to Period.org, 1 in 4 women struggle to afford period products.

"If you look at it, she's asking for it to be non-taxed. There's really no reason for it not to be,” said VanGilst.

"You're barely affording it already and then add the tax on top of it, even though it's a necessity,” said Gates.

More than 100 people gathered on the Arkansas State Capitol steps Saturday, Oct. 19 for a  rally on National Period Day.