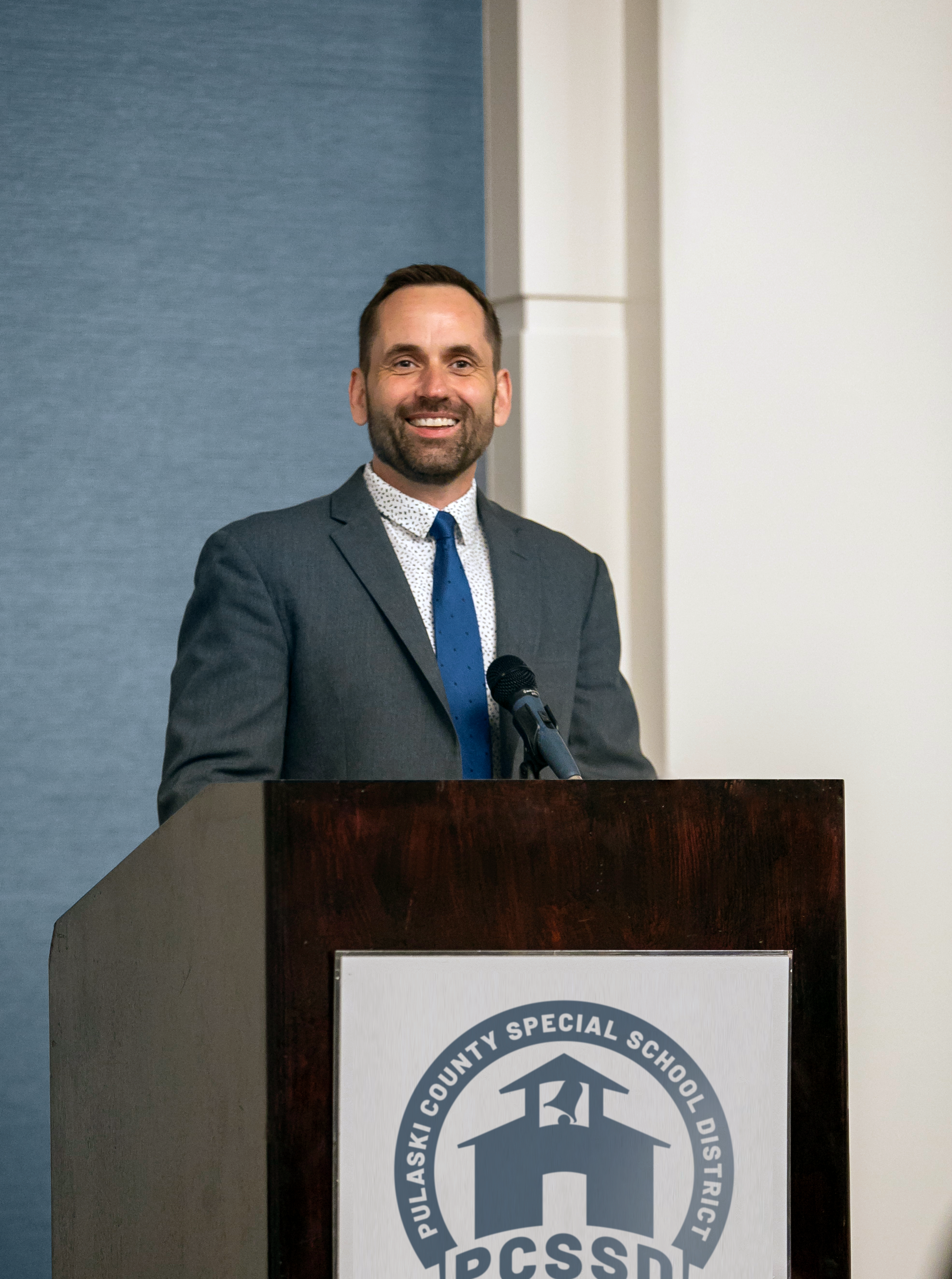 Dr. Charles McNulty currently serves as Superintendent of the Pulaski County Special School District in Little Rock, Arkansas. He is in his fourth term as superintendent of the district which serves a highly diverse student population of more than 12,000 students across 25 schools.

Prior to accepting this position in 2018, Dr. McNulty worked as Associate Superintendent for the Waterloo Community School District in Waterloo, Iowa. During his tenure there, as a member of a dynamic leadership team, the Waterloo School District (all for the first time) graduated more than 80% of its students while increasing ACT student participation and reached the national average on the Composite Score of the test.

As superintendent for three years in a small rural district in Southern Wisconsin (Blackhawk School District), student achievement increased from 80% on the 3rd through 5th grade reading achievement to 94% proficient, including an increase from 33% advanced to 57% advanced. He was also a middle school principal in Illinois and a  member of a dynamic leadership team within that school district. McNulty worked to bring the school from the NCLB failing school list to designation as a School of Excellence at the Raising Student Achievement Conference celebrating the work of schools across three states.

During his seven years as principal of Carl Sandburg Middle School in Freeport, Illinois, total school achievement rose from 44% proficient to 84.6% proficient while the Free and Reduced Lunch population rose from 40% to 60%.  Also, during that time, the school ensured that there was no gap between white and African American young women and significantly decreased the gap for African American young men and students with IEPs when measured against the general student population.

McNulty has also previously served as an alternative high school principal, an elementary principal, and Director of Pupil Personnel Services. He earned his Ph.D. at the University of Wisconsin - Madison in Educational Leadership.  He received his Masters of Education from Portland State University and his Bachelor of Science from Lewis and Clark College in Portland, OR.  He is devoted to his brilliant wife Yaa Appiah-McNulty, and together, they have four children.