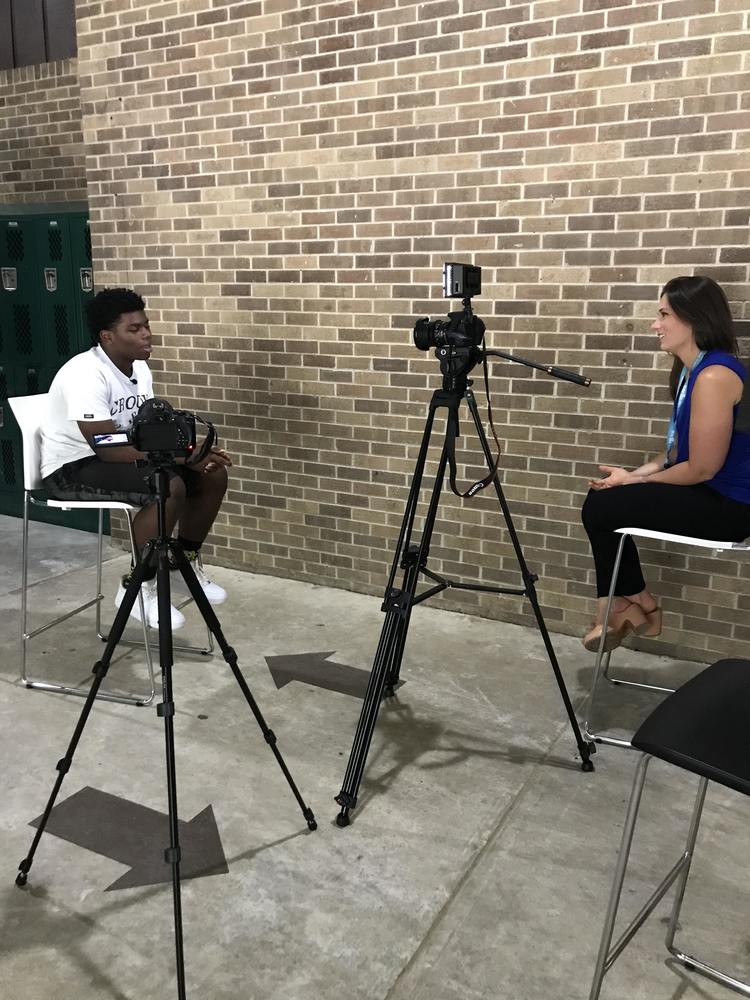 Lifting the Weight: Mentorship at Center of Innovation

LITTLE ROCK, Ark. -- Friday afternoon in the weight room at Robinson High School looks like it could be any gym class throughout Central Arkansas.

Week after week, rep after rep, Justin Earnest and Bruce Baker are teaching students at the Center of Innovation how to lift a barbell. Hoping to use their strength to lift the weight of past decisions.

Mycki Scott was enrolled at the Center of Innovation. Every student was there for a different reason. For Scott, it was "the crowd I was with."

"It wasn't a good crowd," Scott said. "It was a bad crowd because we were always doing bad things. From second grade up until now."

"It wasn't that I was doing things to fit in," he added. "I was doing it because I just felt like it was fun."

Scott said that changed when he got to the Center of Innovation.

"My principal, he always told me the bad decisions that I make, it's not going to get me anywhere," he said.

Every Friday for the past six weeks, Scott and a handful of other students have spent two hours talking, listening, and hopefully learning.

"We've been there as well," said Bruce Baker, a mentor and life coach working with the program. "Just tell them that I've checked those doors and it's not what you want to do."

Baker knows what the wrong path looks like because he walked it for years.

“When my mom gave me away at 10 years old, I think I was always looking for that acceptance, that love that had been rejected," said Baker. "It kind of always was in the back of my mind."

As he got older, it got even tougher.

“When my grandmother died, that’s when I hit that downward spiral," he said. "And what happened was, instead of reach for help to somebody positive, a mentor, I reached out the wrong way. Long story short, I became a drug dealer and before I knew it, I was in the cartel.”

Baker can pinpoint the moment his life took a different turn.

"June 30th, 2001 at 6:42 in the morning," Baker recalls. "Sergeant Stephen Gaudet, Sergent Robert Farrior, and Detective Kyle Hendrix. When they pulled up, I knew it was over. I went to federal prison and spent 15 years in prison. And that’s when I made a conscious decision that this is not the life I want."

Justin Earnest knows that his story could have been similar.

"My parents weren't always around and I had a bit of trouble back when I was a kid," Earnest said. "Had it not been for my grandfather talking me into joining the military because it had the structure I needed, I could have ended up in jail easily.”

Together, by hitting the weights, Earnest and Baker are hoping to ease their students' pain and keep these young kids on the right track.

“It’s a little bit different whenever you’re a young man, you need a man in your life," said Earnest. “You need someone that’s maybe been in that situation before.”

But the strength doesn't come right away—like trust, it takes time to build.

"We didn't come in on an aggressive approach," said Baker. "This is not a scared straight program. We came in more like, 'hey, we just want to be friends, shoot some basketball and just talk.'"

"It's more of a conversation," he added. "A real life story that's, up until now, the story of where we went wrong."

With the program so early in its infancy, there are no expectations -- just hopes.

"My hope is that down the line, whether it be this week or next year," said Earnest, "that the things they learned here and the conversations that we've had and the directions that we give them, maybe they're in a bad situation, but they make the right decision to get themselves out of it."

When THV11 first met him at the beginning of October, he was trying to graduate the Center of Innovation by the end of December.

With the help of the new mentorship program, he completed all his classes by October 25 and was able to re-enroll at Maumelle High School.